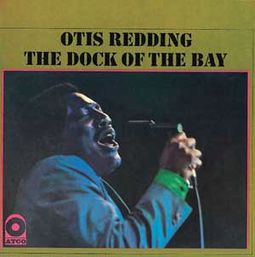 March 16th – On this date in 1968, Otis Redding’s “(Sittin’ On) The Dock of the Bay” began a bittersweet, four week run at #1 on the Billboard Hot 100 chart.  Redding had toiled in the music business for a decade by this point, his opportunities often limited by his skin color.  Yet he’d finally broken through to mainstream success and recorded his first chart-topper, only to have his life cut tragically short before the song was even finalized.  “(Sittin’ On) The Dock of the Bay” thus has the dubious distinction of being the first ever posthumous #1 song. (Reprinted and edited with permission from Michael Walter author of “On This Date In Music”).  To learn more about Redding, his big break, how he came up with the song’s melody, why he whistled for its third verse, and more, get Michael’s book at OnThisDateInMusic.com. #OnThisDateInMusic #MichaelWalter